Home Who We Are Meet Our Team Jeanna Terry, Director of Operations 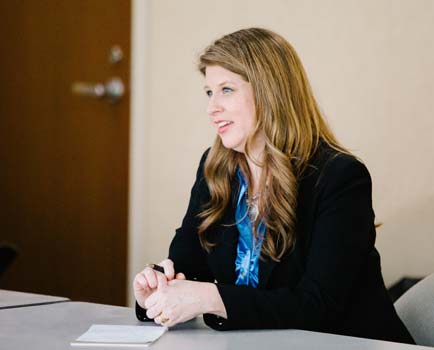 Jeanna Terry joined the HPS family in March of 2012. She was hired as a data analyst and in her first six months, made significant improvements to the process and productivity of day to day operations. In January of 2013, Jeanna moved into the role of Operations Manager where she continued to redesign business processes while building and working along-side an amazing support team. In her current role as Director of Operations, Jeanna works closely with external business partners to optimize the technology and tools used to maintain member satisfaction and growth.

Jeanna earned a BS in Industrial Engineering Technology in June 1995 from Southern Tech in Marietta, GA (now known as KSU School of Engineering). Jeanna has worn many hats over the years in both manufacturing and corporate America. Milliken Textiles, Lockheed Martin, Carmax Auto Finance, and Arby's Forecasting Division make the short list of companies she has had the pleasure of serving. From engineering to analysis to operations, Jeanna is a firm believer that every role has a level of problem solving, and if you are always striving to solve problems, the possibilities for success are endless.